For the longest time I remained unconvinced by fake baits. I could not for the life of me put any faith in these imitations over the real thing. It was time that told though, and gradually fake baits wheedled their way into my fishing. At first the bright and buoyant nature of fake sweetcorn seemed a perfect compliment to a 10mm bottom baits; not only did it act as a visual flag for the fish, but its buoyant quality counter balanced the weight of the boilie, making it so light that should a passing gudgeon foolishly suck when it was within half a foot then my bait would surely end up wedged in its mouth. 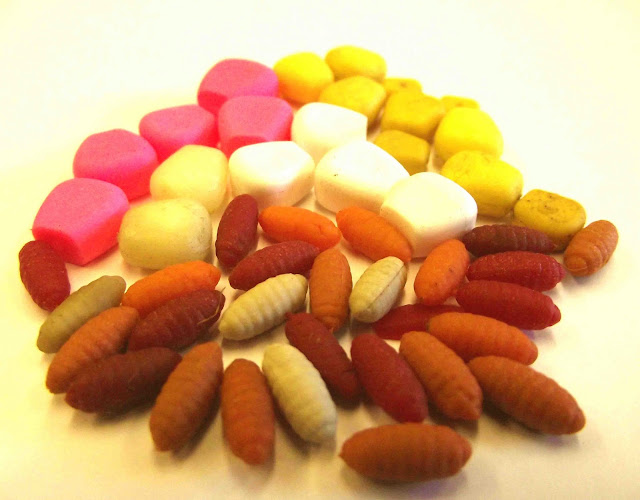 Soon the flexibility of plastic corn became evident. Flavouring it to suit how I wanted it to taste for any particular season. Sweet in the cold, savoury in the warm, the permutations were endless. I also began to use it in different situations and different ways. Many an aloof patrolling canal carp came undone by two grains popped up ten inches or more of the bottom  fished tight to the far side cover. A zander too was genuinely caught out by this ruse. Lord only knows why it ate it, but it did!

As always one thing always leads to another and soon enough found myself pondering other false foods being sold at the local tackle retailer. At this point I must make it clear that I did early on draw a line regarding fakes. With baits such as bread, worms, meat and boilies I never thought that in any way would the fake versions out-fish the real thing. It was only ever going to be corn, maggots and casters that became part of my armoury, and the latter has fast become the most relevant revelation to my fishing in years. Not long after I began using them I stopped using the real thing, as there is no point buying both fake maggots and casters! The maggots generally come in only single colour packs where as the casters come three of four different colours in one pack, and the shape of them is only different by maybe one millimetre at one end.

Why these little rubber grubs should have had such a profound effect on my fishing is down to one of my most favourite of fishes, the tench. Why the tench is so susceptible to both fake corn and fake casters I do not know, but they are without a doubt, and I can hand on heart say that since I started using fake baits for them four or more years ago they have accounted for no less seventy percent of the tench I have caught.

Early on as the tench are just waking up I am a big fan of not putting any large amounts of bait down and instead fishing small piles of unobtrusive highly flavoured bait with a bright hook bait, such as a single grain of sinking plastic corn or a 10mm boilie critically  balanced with a bit of floating corn. Either one will fly into any enquiring mouths before anything of the real bait does.

Later as the temperature rises, much as it is now, similar tactics as just described work well for me over loosely scattered ground bai,t and when smaller fish like roach, rudd and perch begin picking over beds of bait that's when the fakes come into their own. Quite simply its a case of knowing you have bait on your hook with hundreds of pecking mouths are around and with fake baits it is always still there when a maggot would of been skinned and a caster shelled.
Adding dead maggots to ground bait or fishing live ones in feeders are both devastating methods I don't mind admitting I have ignored in the past. But after I began using fake hook baits the idea of attracting loads of little fish just seems a good thing rather than a annoyance to be avoided.

As we see so many new products and techniques in the angling media nowadays it hard not to find yourself being cynical about most of them and I think it is fair to say a lot of the things they are selling and we buying are just ways to get us to spend money. But as someone who thought fake baits were a bit of flim-flam I can now truly say I am a convert, and as my tench fishing for one has done nothing but benefit from it I cannot help but recommend to anyone who reads this that you have to give it a go.

If that's not enough to inspire anyone to replace your real corn for fake or fish a fake grubs in conjunction with live ones, then here is a few examples of some lovely tench I caught fishing a mid week session on the hottest day of the year so far. After mixing together all the left over bits of pellets a few handfuls of ground bait, half a pint of left over dead maggots that I had frozen, I found a nice clear spot an easy cast from the bank of my favourite tench lake and cast fifteen or twenty large feeder loads roughly onto the area.
My feeder baited with two fake casters hadn't been out for ten minutes before the first tench took the bait. 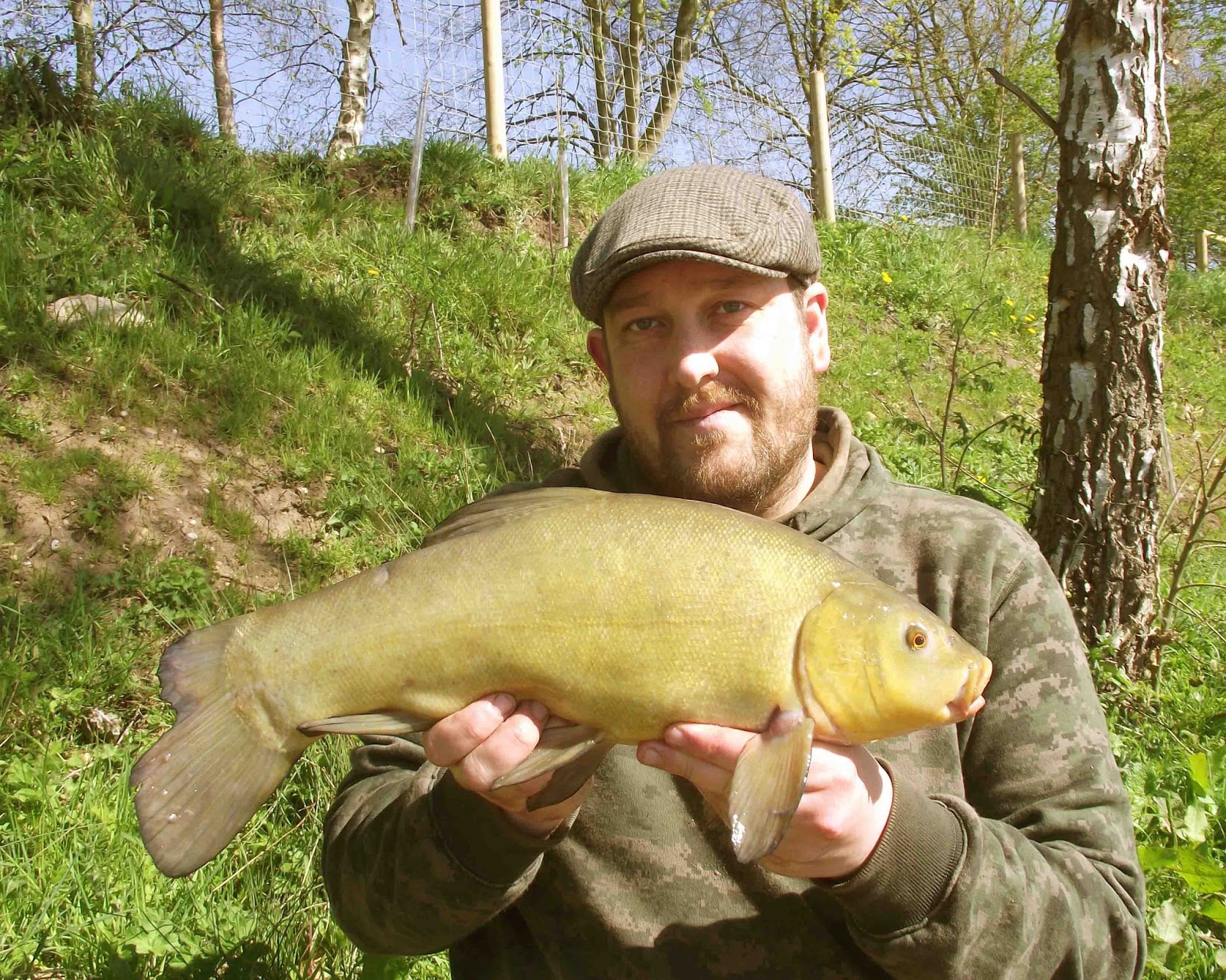 Steadily through the day fish up to just under five and half pounds kept on stopping by my baited spot, and it seemed they found my fake grubs just fine as they sifted around the swim picking up freebies. 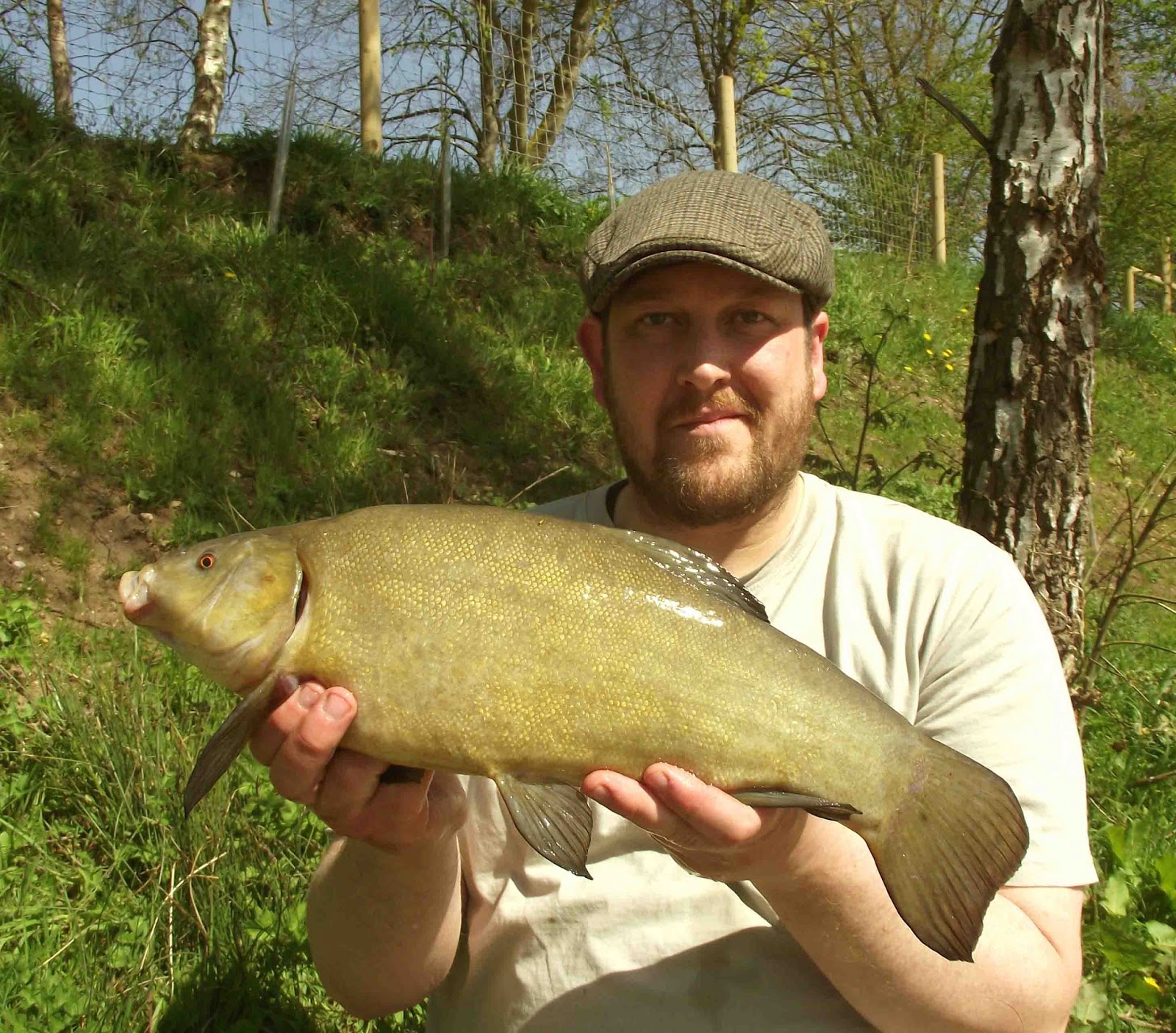 Although on this occasion the rubber casters were responsible for the lions share of the fish I landed, a single bit of pop up corn in conjunction with a small method feeder fished just off the spot did also account for a few nice fish as they swam in and out of the baited area. 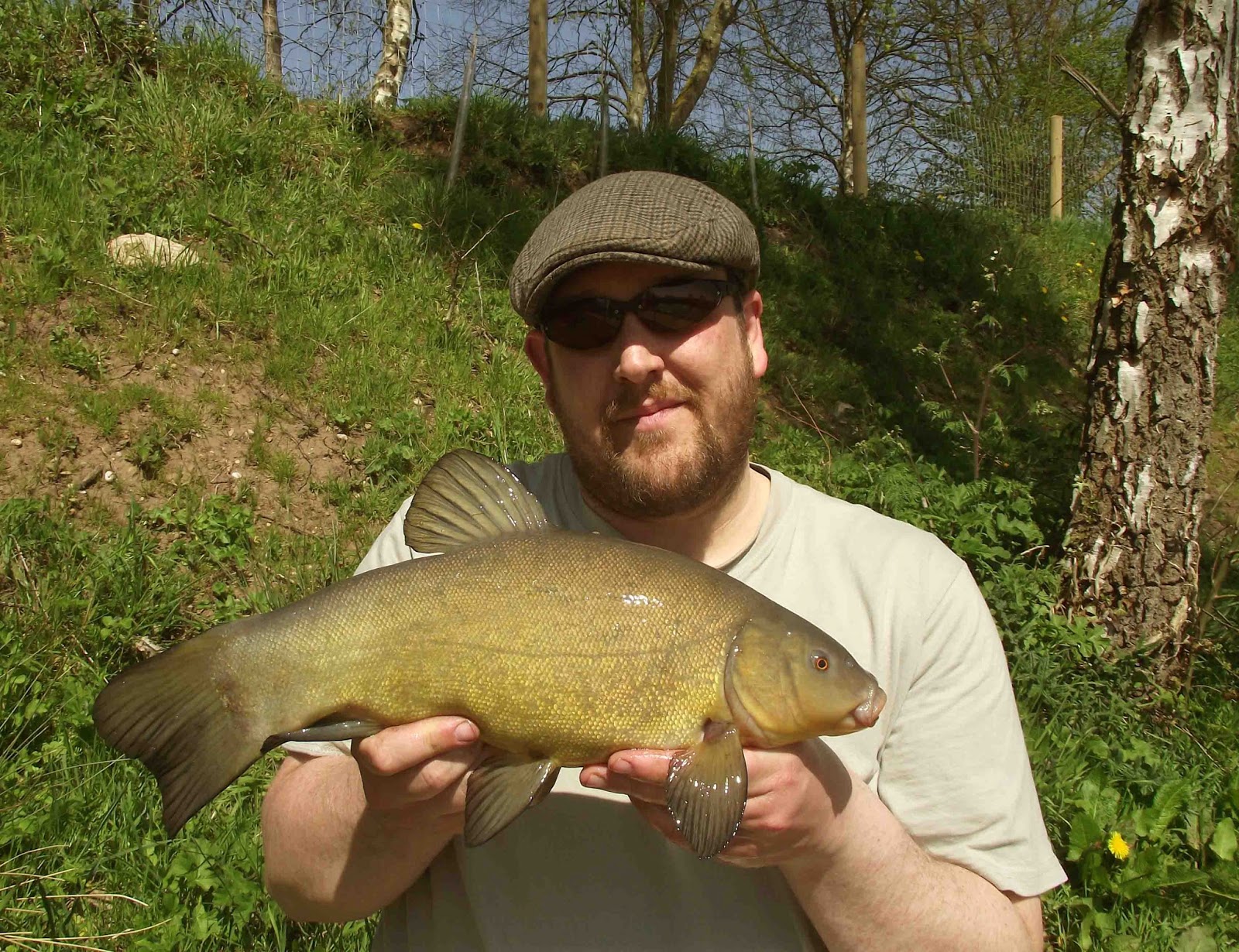 By the end of a truly glorious day filled with some wonderful fish I still had every hook bait I had used, as well as a rather severe case of truckers arm, where despite my best efforts to keep in the shade, my right arm had still managed to catch the sun.

I know I will be preaching to the converted for a lot of anglers, but if anyone is on the fence or needs convincing that it works, then I hope this may have given you a little push to try it again or else wait a little longer before changing your hook bait back to the real thing.